Lloyd Loom Past Projects – The Elves 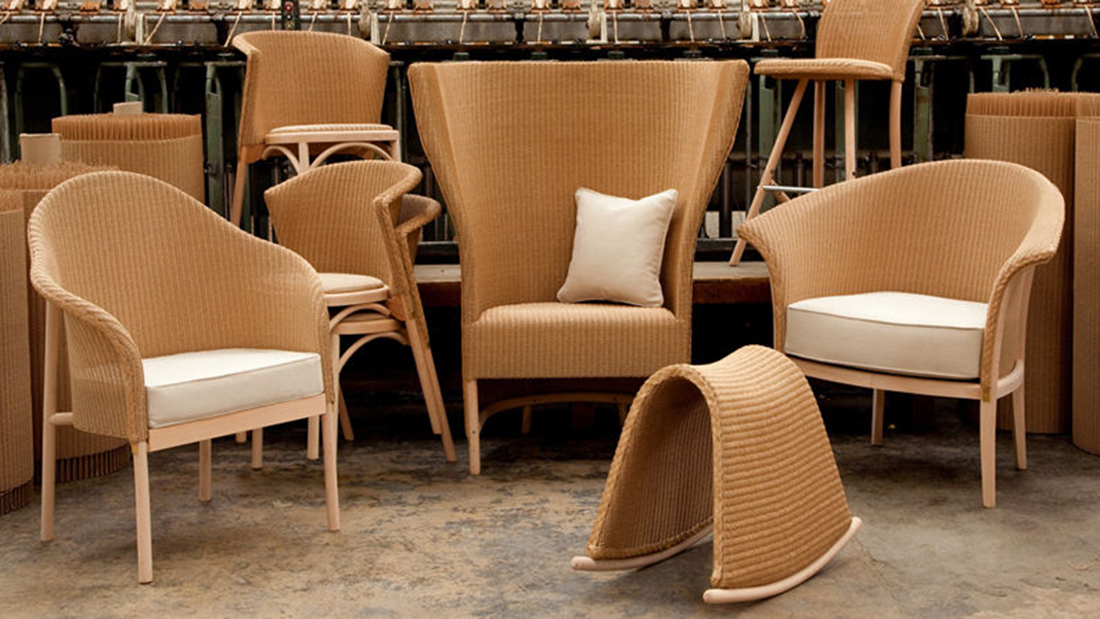 We have taken a look through some of the past project and images that we have been involved in and here is one we found, the project was later to become known as – “the elves and the chair makers”

One weekend in June 2012, five designers crept into the Lloyd Loom factory in Spalding, and while most of the assembly workers were away, used the machinery, helped themselves to standard components and experimented with the signature weave to make new designs for furniture. Over two days, thirteen new concept products were developed and left in the factory showroom for the staff to find when they came in on Monday morning.

The idea behind this exercise was to condense the long drawn-out process that typically comes with developing new designs for big established name companies, and ensure that all the new concepts generated would be almost production ready. That is – if the prototypes were made in the factory then reproducing them should be easy.

The frames of traditional Lloyd Loom furniture are assembled from complex steam-bent wooden components. This amazing engineering in wood is normally hidden under the weave and then often painted over and the designers were keen to make more of this hidden structure. By cutting and combining these stock wooden bends in new ways each designer was able to ‘sketch’ full size in 3D, avoiding the need for drawing or computer modeling.

Lloyd Loom is still made using original looms that twist paper into cord and weave it into sheets of their iconic upholstery fabric. The group became interested in the way this woven material moved and stretched over their shaped wooden frames, creating dynamic compound curves. Experiments also looked at the material’s transparency, inherent strength and potential for flexible comfort.

The prototype ‘sketches’ that came out of the weekend opened up an enthusiastic dialogue with Lloyd Loom, and six pieces were selected to be taken forward for further development. The resulting production items are to be launched in September during London Design Festival and added to the Lloyd Loom range, only three months after the weekend visit.

The ‘Spalding’ armchair by Chris Eckersly later went on to feature in the John Lewis “150 years” collection
The list of designers and their final pieces are:

Amos Marchant: ‘Reading’ High backed reading chair. A large enclosed private chair with a cuff of woven material around its top.
Carl Clerkin: Saddle Rocker. An informal rocking seat without a front or back. This piece is a long way from Lloyd Looms current range and sits somewhere between a toy and a stool.
Chris Eckersley: ‘Spalding’ armchair. A low tub chair with a loose cushion. The back/arms formed from a parabolic curve which introduces a new shape to a distinctly Lloyd Loom chair.
Gareth Neal: ‘Tomlinson’ armchair. A comfortable lounger with loose cushioned seat.
William Warren: ‘LL’ stacking chair, for café, restaurant or domestic use.
William Warren: ‘Paper’ Dining chair and Barstool. Concealed metal fixings offer strength to a simple dowel structure. The archetypal ‘Thonet’ chair back is presented in an innovative way.

The colour image taken by Steve shows the range.